First you soak the  peels in water to cover for 4 days. Change the water the water “often,” according to “La Cucina: The Regional Cooking of Italy.” This from a cookbook that will often direct you to put mixture to the fire until done. 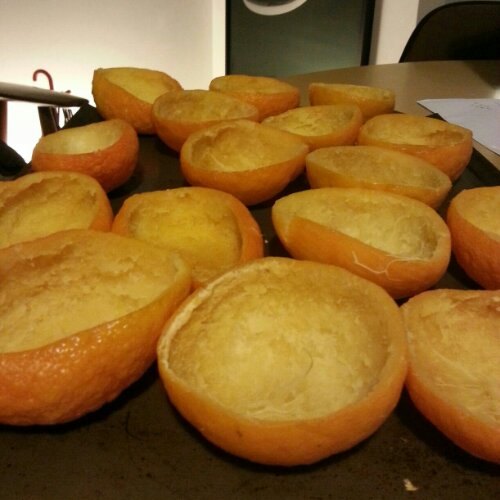 At the end of the soaking period, let the peels dry. Tim put his in the oven for a while. Once dry, coarsely chop the rinds, . ( Update: It’s one cup of sugar for every cup of orange peel. )

The rinds and sugar should be cooked over a low heat. Stir to blend. Keep the mixture from boiling or caramelizing. 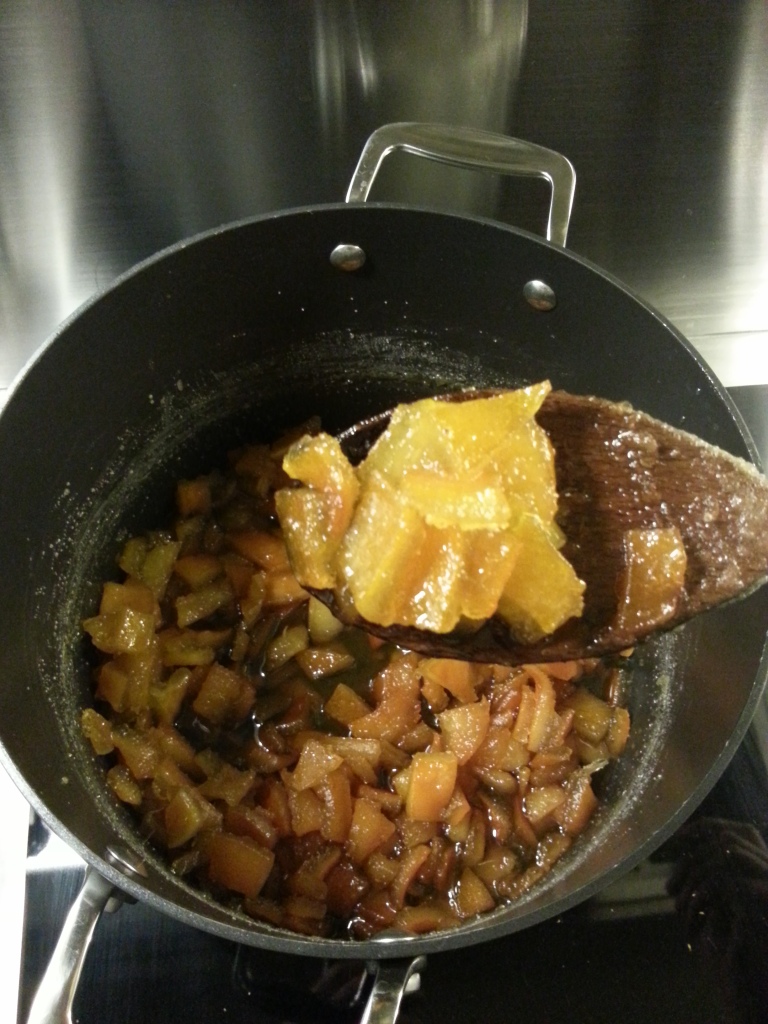 Once the sugar has dissolved and the mixture has thickened, remove from the heat.

Tim discovered that his rinds weren’t chopped finely enough. He’s  chopped a second time to get the size down to facilitate rolling.

Form the mixture into balls and roll into regular sugar. 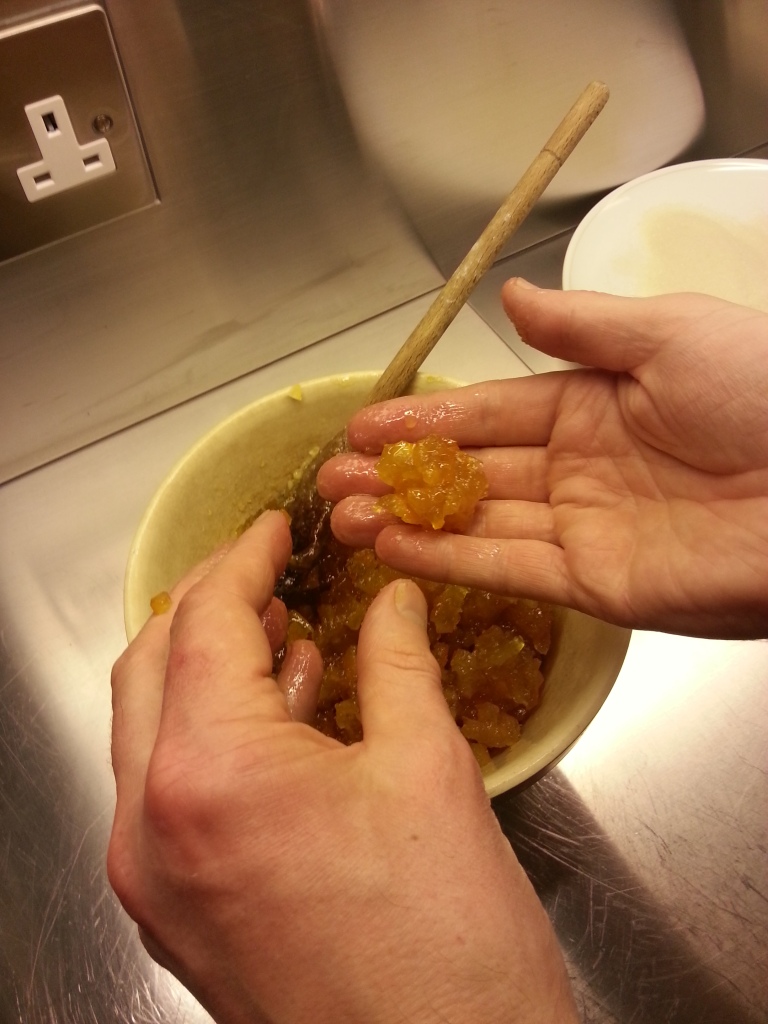 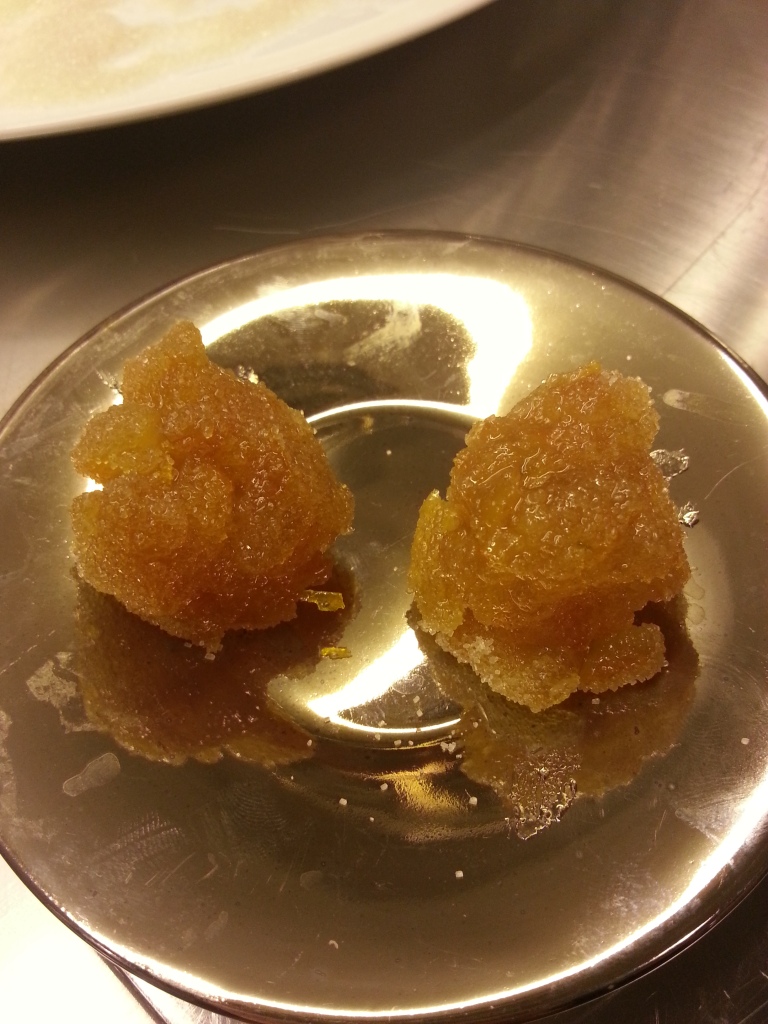